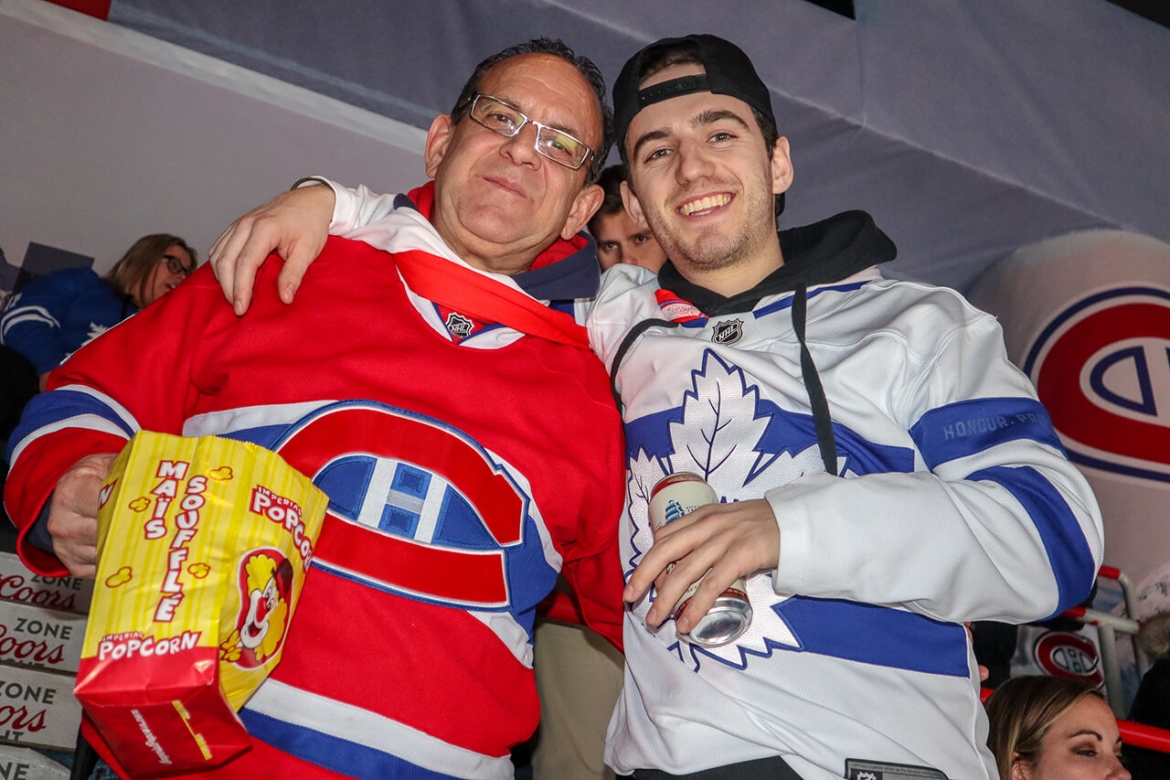 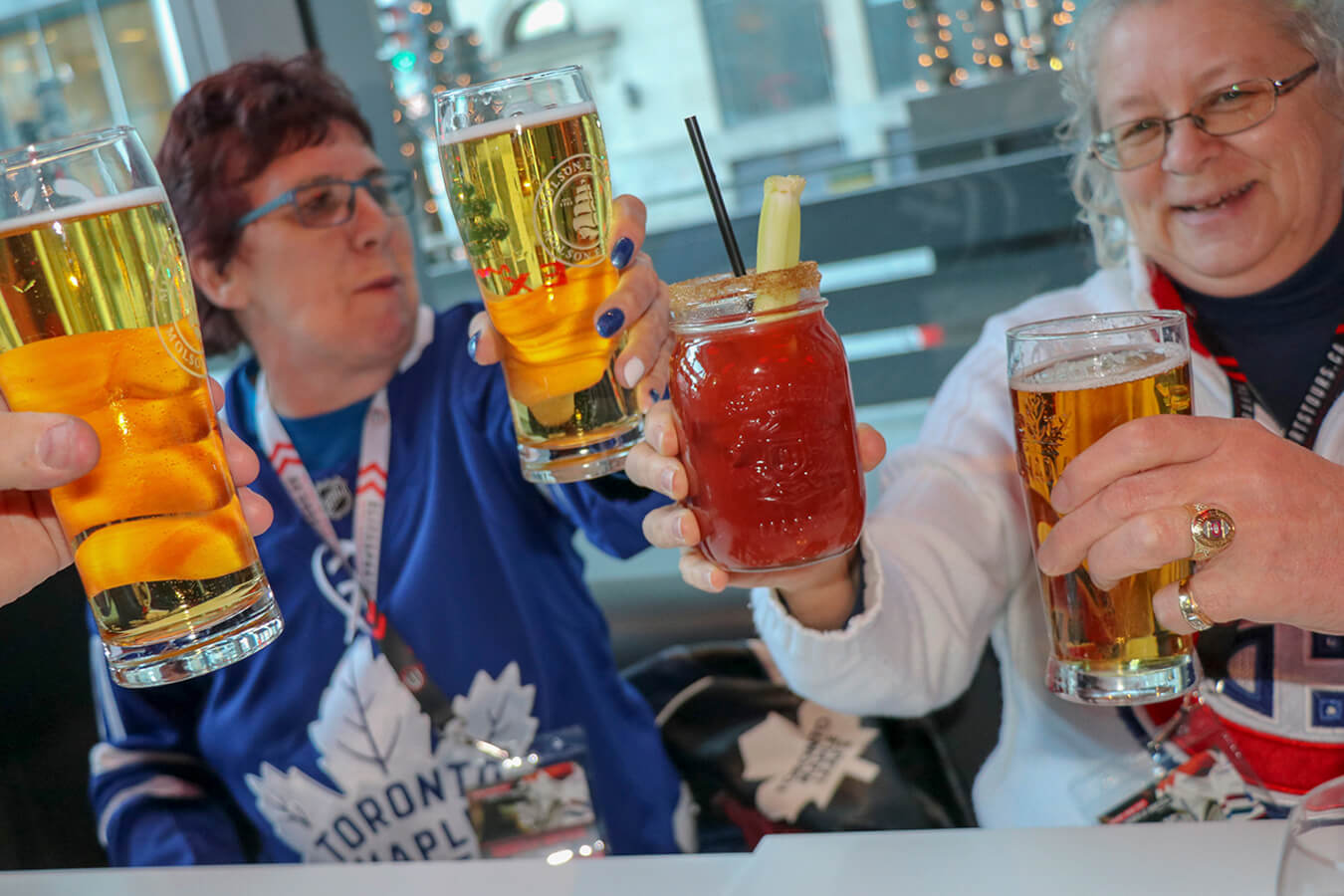 Elite Sports Tours had a great time in Montreal this past weekend for the Toronto Maple Leafs at Montreal Canadiens game at the Bell Centre. We had over 200 passionate Leafs and Habs fans enjoy the ultimate hockey road trip experience in La Belle Province. We were lucky enough to see some familiar faces on the trip, with fans who have traveled with Elite Sports Tours before on other trips. 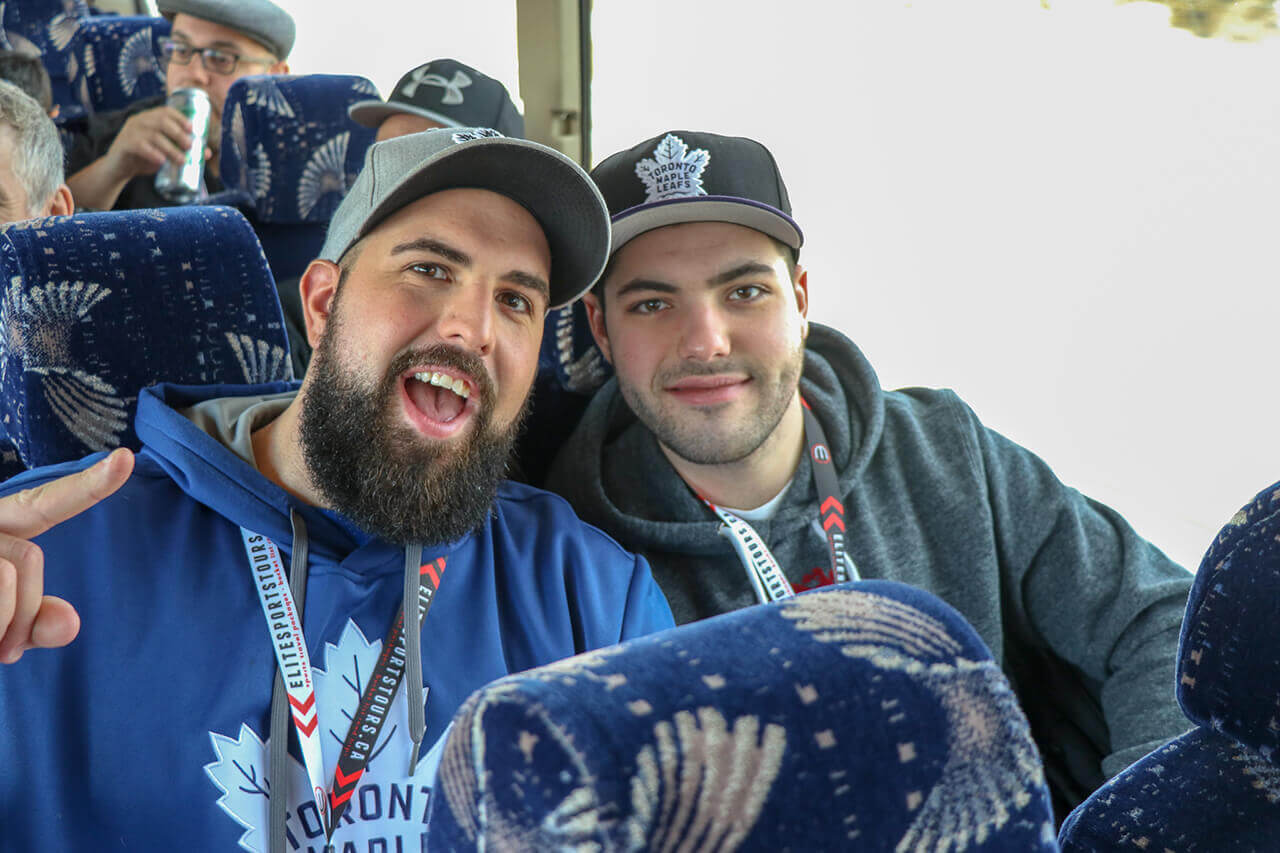 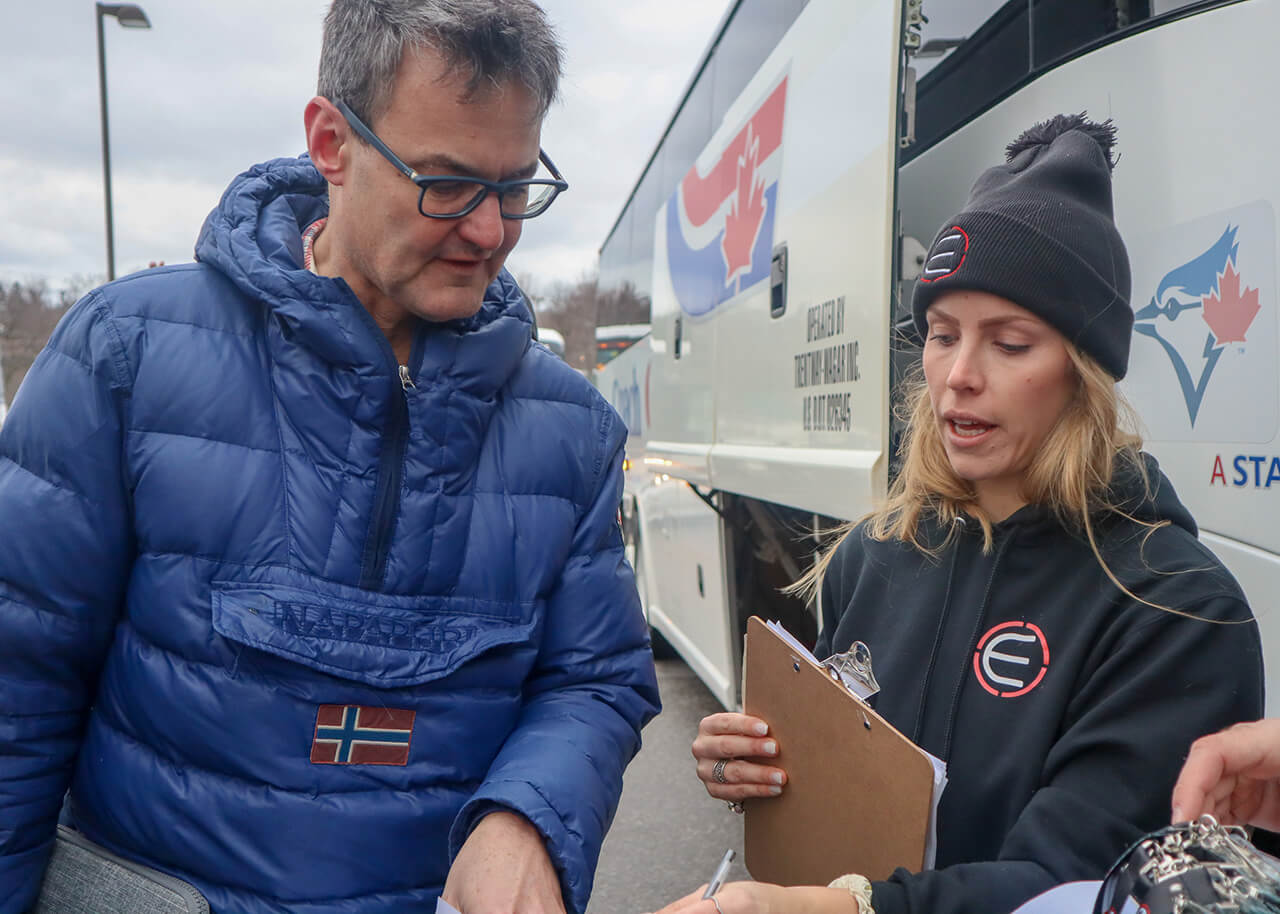 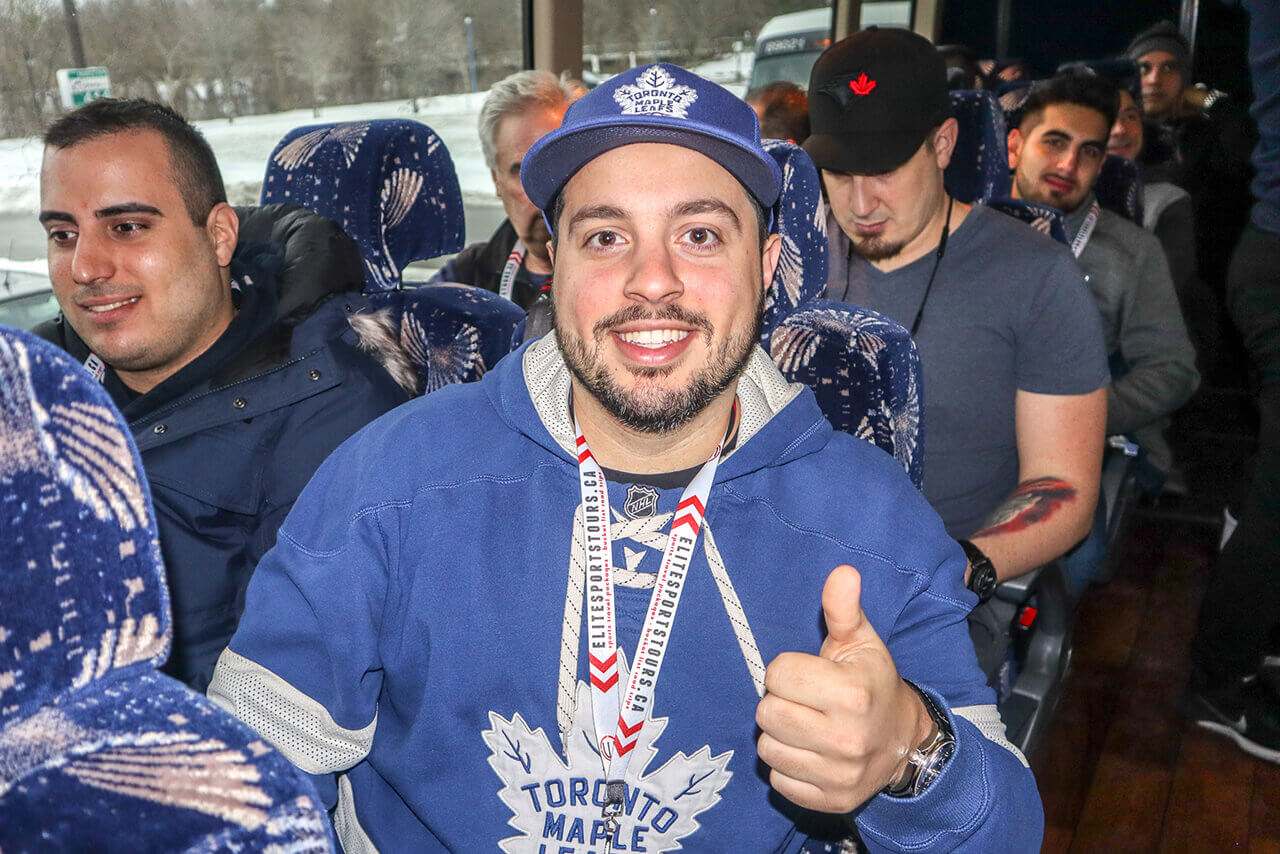 Everyone enjoyed the bus ride up the 401 with some movies, trivia, prize giveaways and jersey raffles for an authentic Leafs and Canadiens jersey. Our guests spent two nights in downtown Montreal at either the Intercontinental Montreal or the Novotel Montreal. Both hotels are located in the heart of downtown, close to the Bell Centre.

On Friday night, Elite Sports Tours hosted a "Montreal Kick-Off Party" at Somwhr Liquor Lounge to start the weekend off with some celebratory drinks with some of our travel guests. 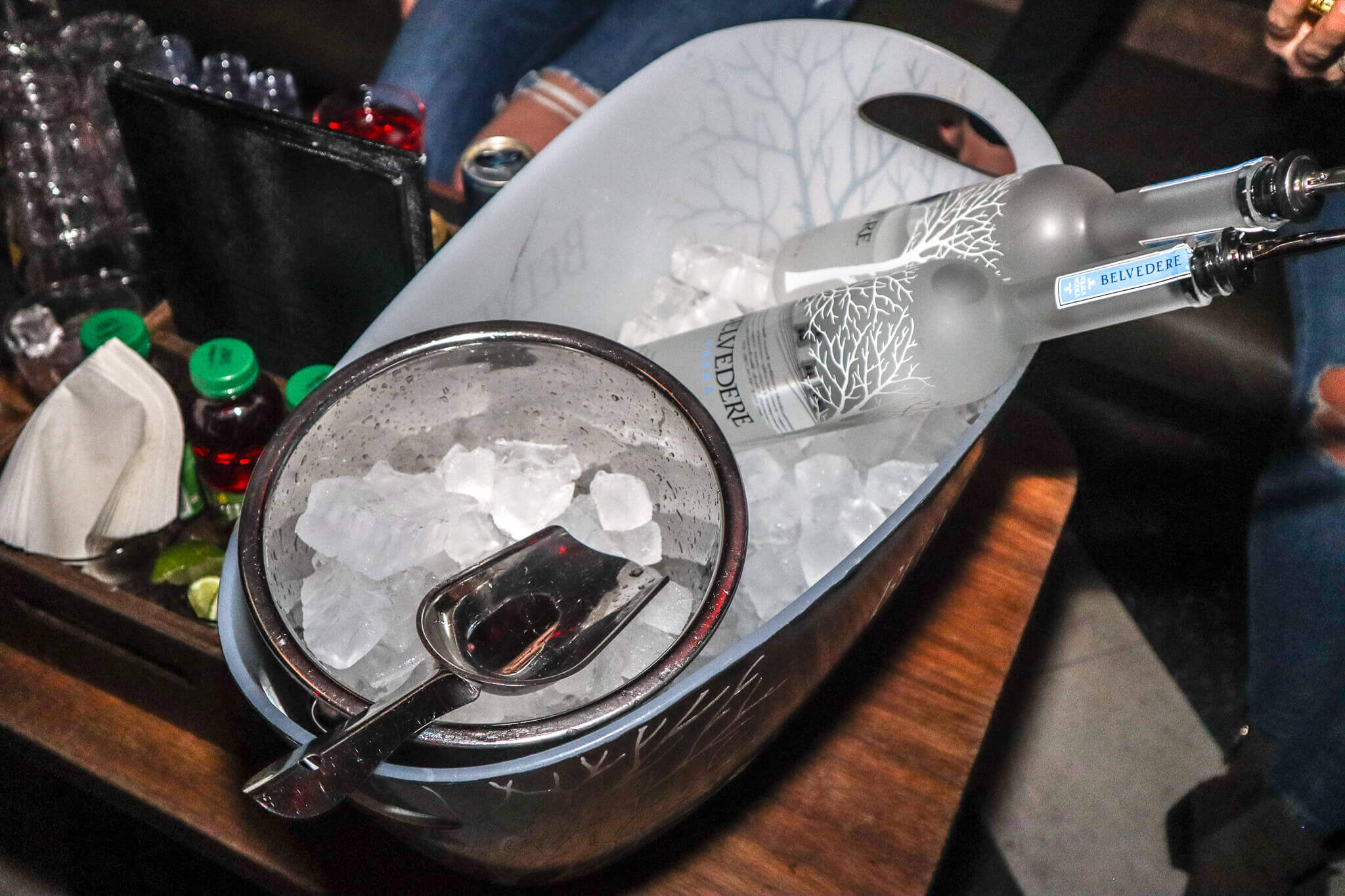 On Saturday, Houston Avenue Bar and Grill Victoria Square graciously hosted the Elite Sports Tours Pre-Game Party from 4-6 PM. Our guests fuelled up for the big game with Happy Hour drink and appetizer specials. The entire bar was filled with Leafs and Habs fans, decked out in red, white and blue, ready to watch an Original Six showdown. 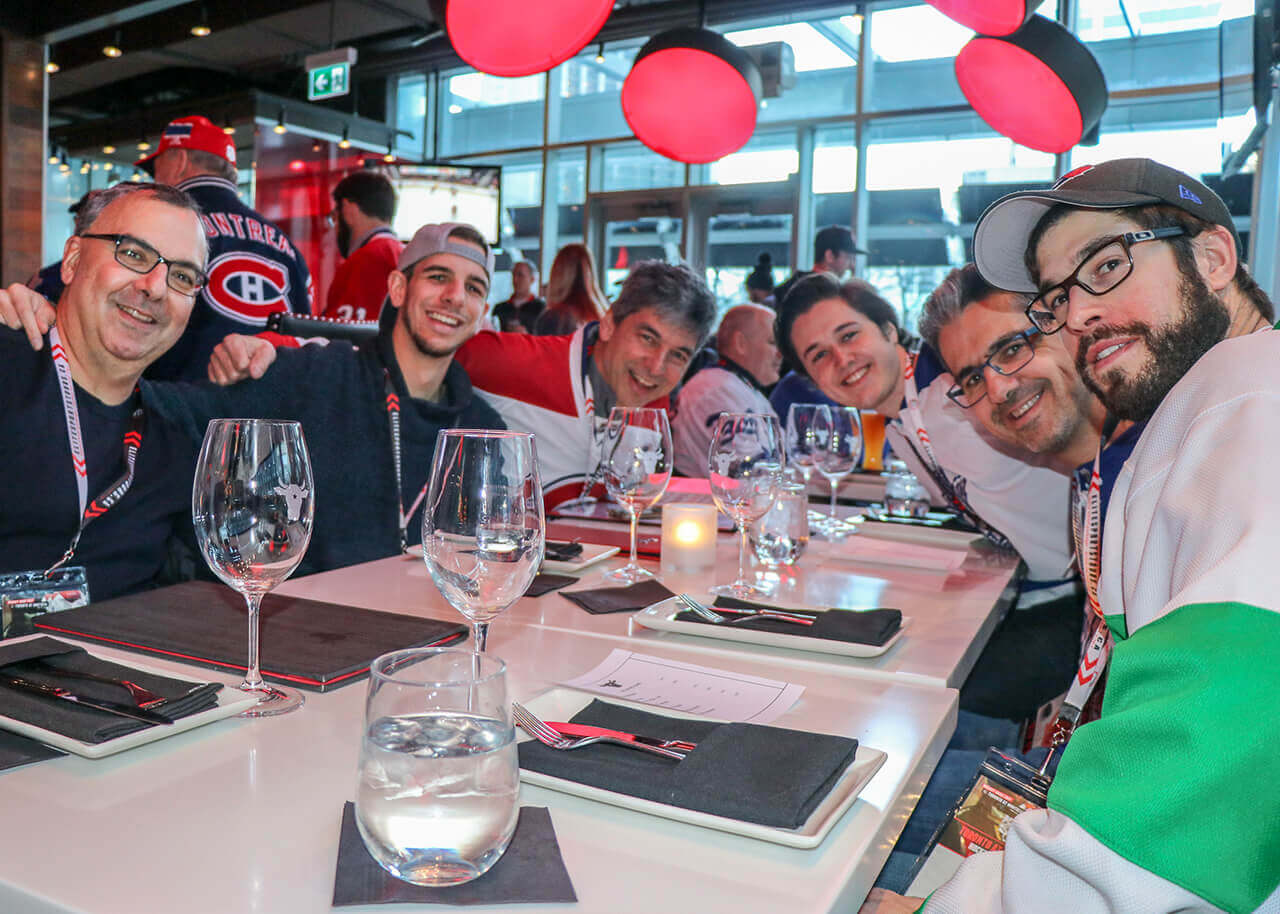 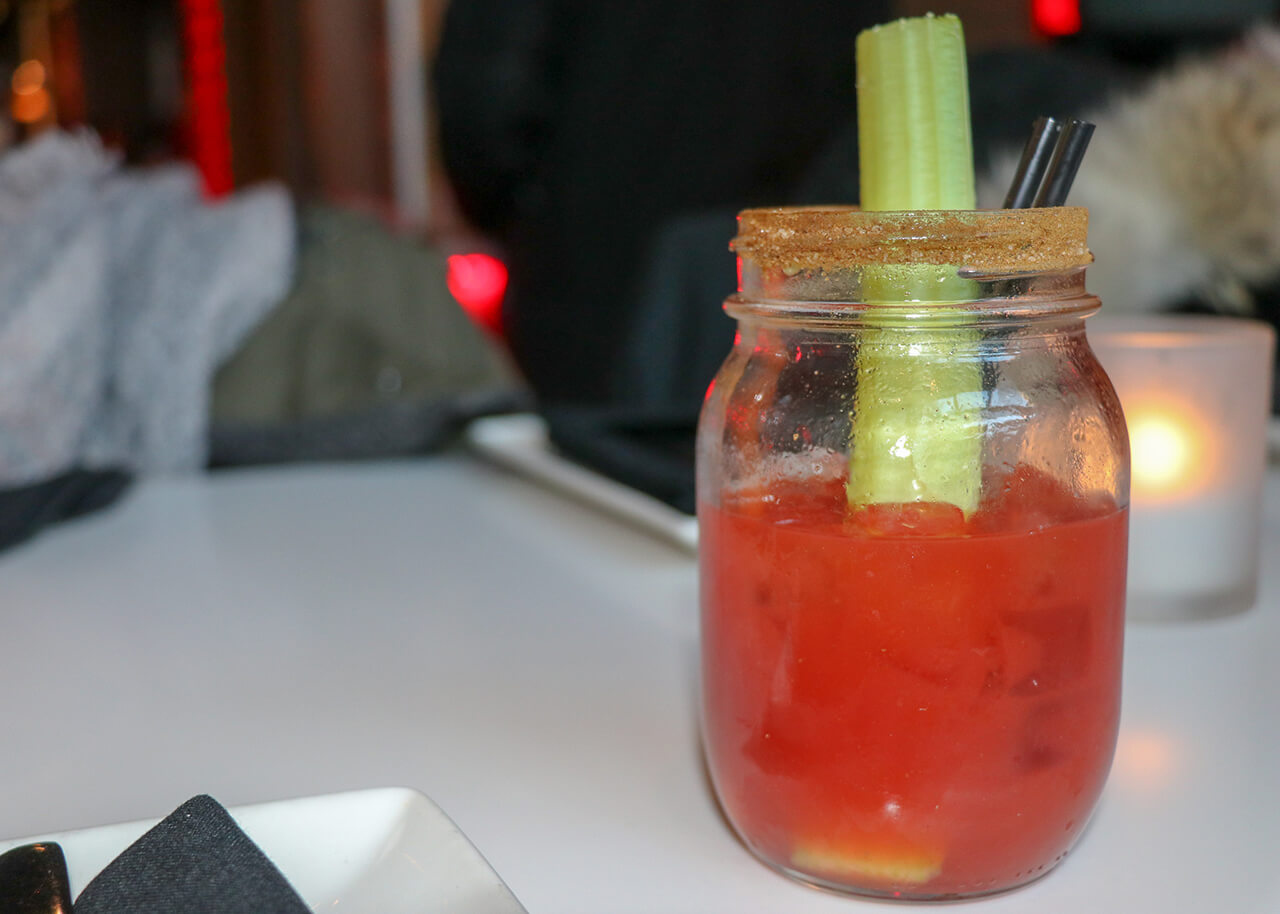 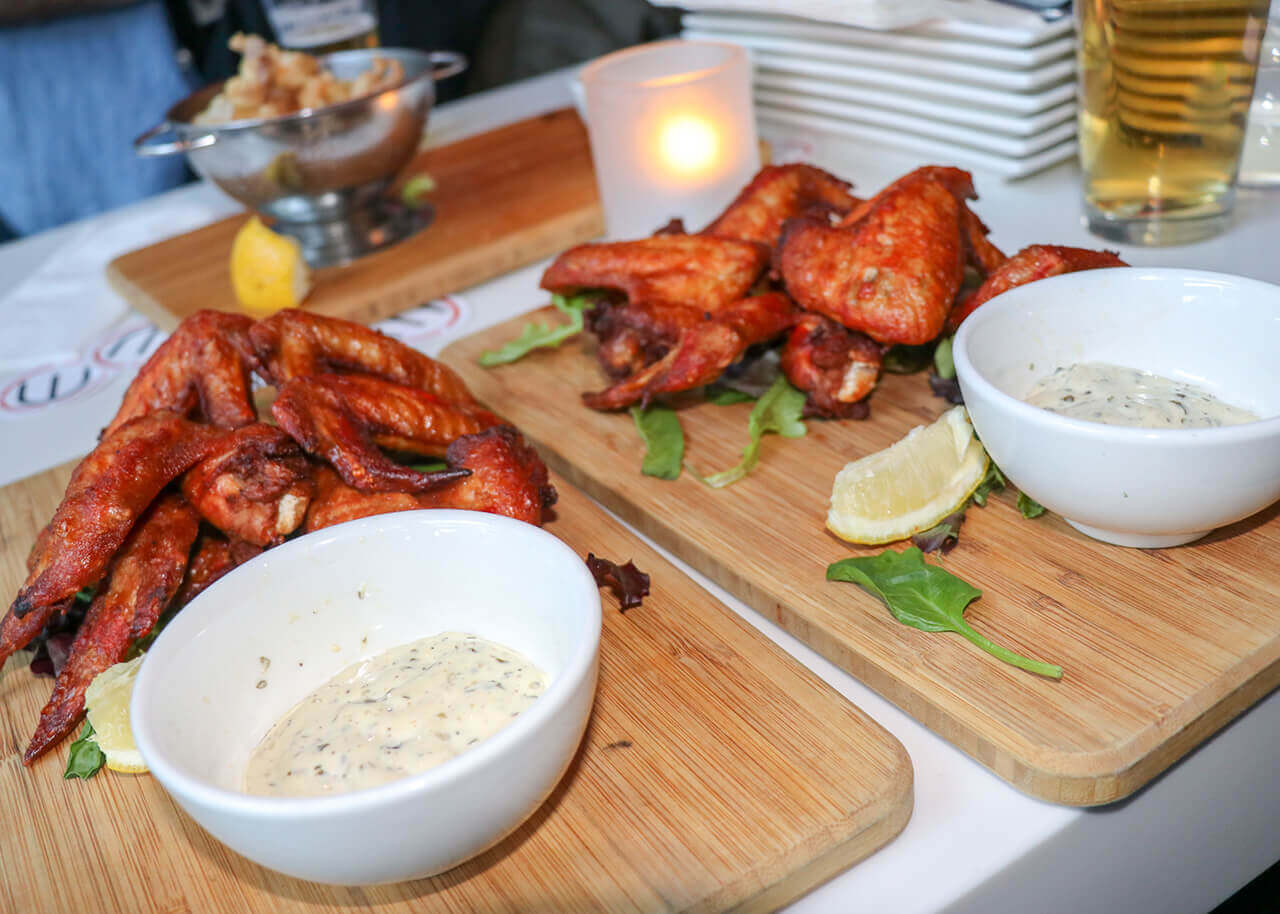 We had a great time filling up Houston Avenue Bar and Grill Victoria Square amongst fans traveling with Elite Sports Tours. Our group had a few hours before the big game between Toronto and Montreal to eat some delicious food and have some beverages, while making some new friends. It was great to see so many people from the bus tour show up in their Toronto Maple Leafs and Montreal Canadiens hockey gear, or hockey sweaters as they call them. 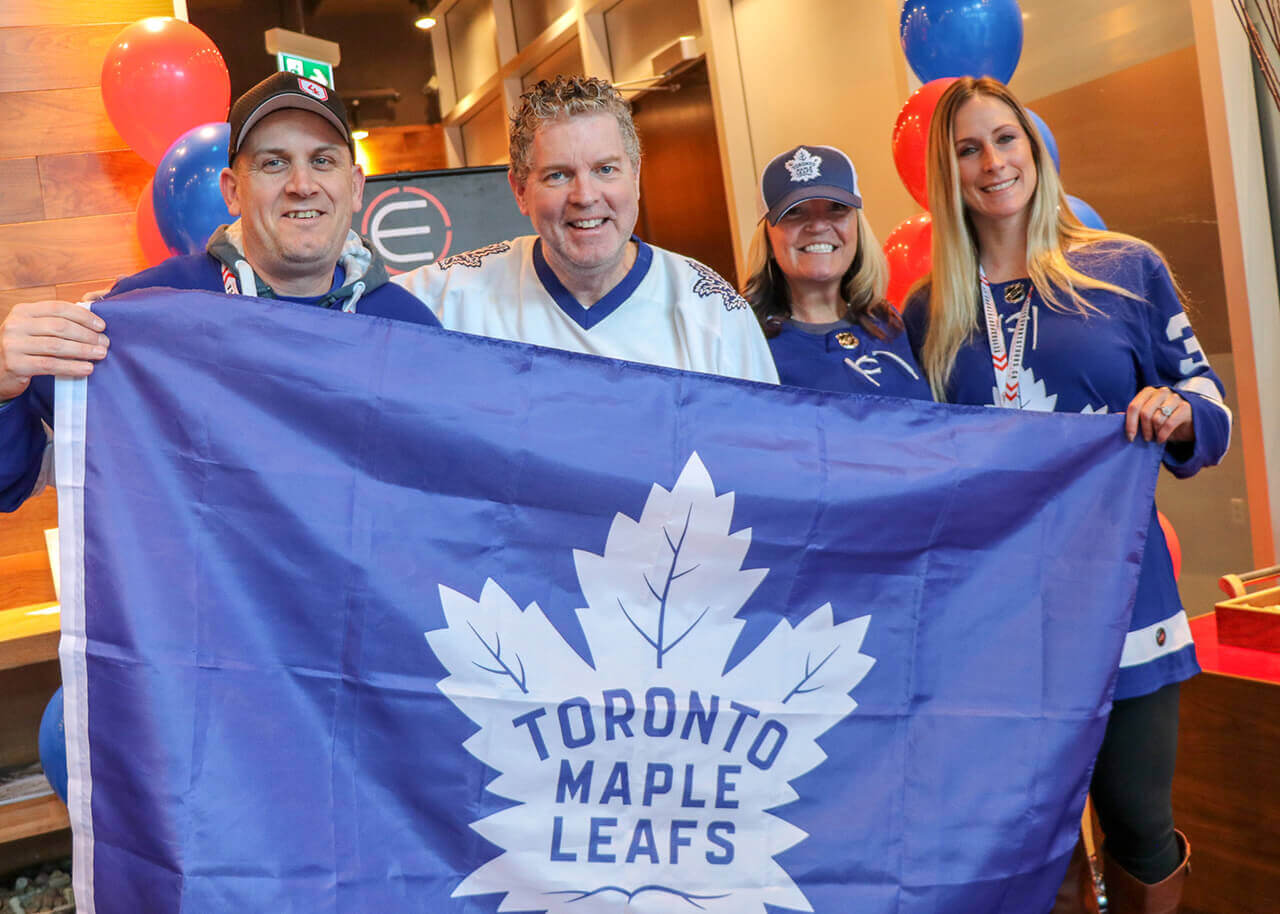 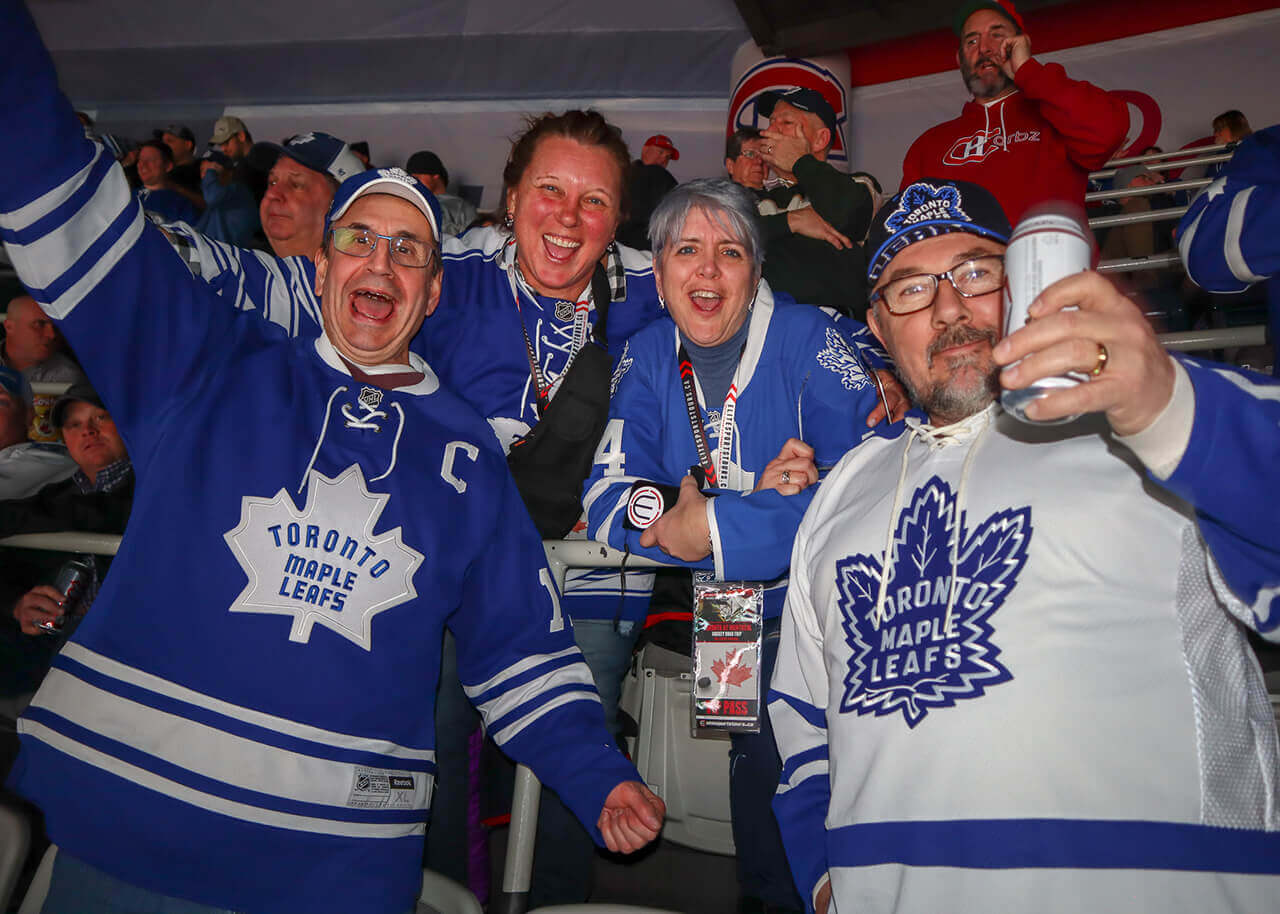 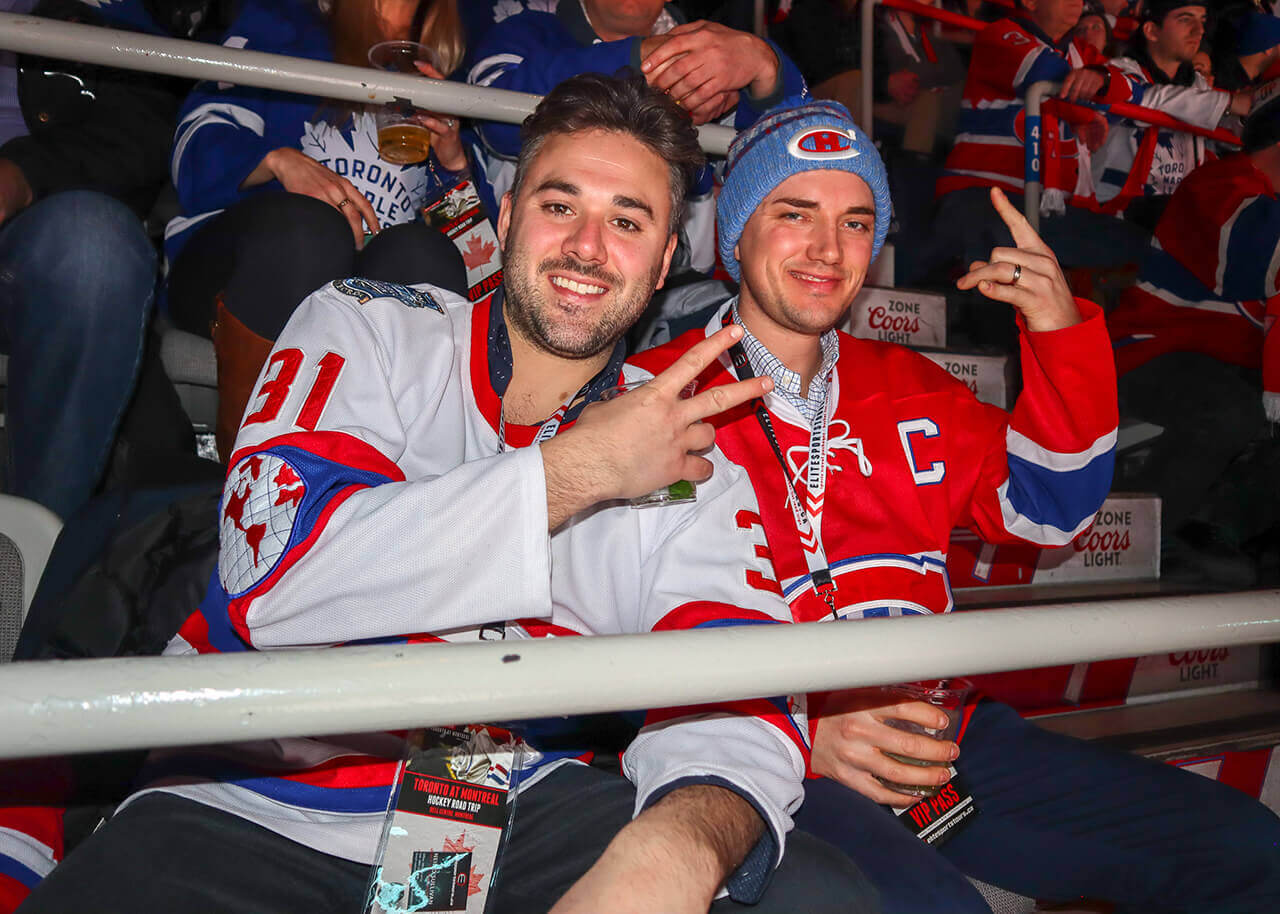 Once everyone was filled up, it was time to head to the rink!  Fans could not have asked for a better game between the two storied franchises. After 60 minutes of back and forth hockey, the game went into overtime with a score of 3-3. After successfully killing off a penalty in the extra frame, John Tavares potted the winner by beating Carey Price with a back-hand beauty after taking a slick feed from Mitch Marner, giving the Maple Leafs the 3-2 overtime win. 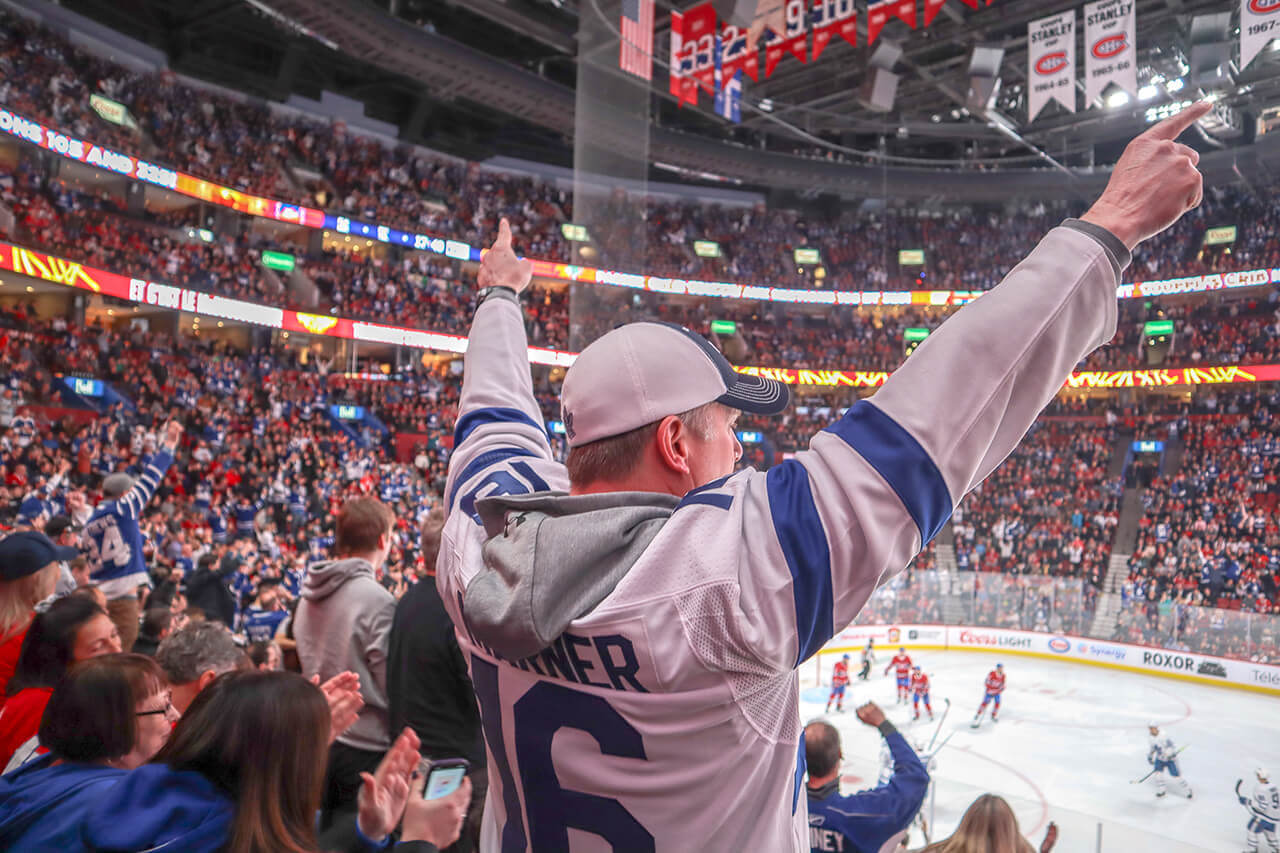 We can’t wait to be back at the Bell Centre for the next Toronto Maple Leafs at Montreal Canadiens Bus Trip on April 5-7 2019! If you want to join us in the future, sign up for the newsletter to be notified on the release of all our ultimate sports road trips!