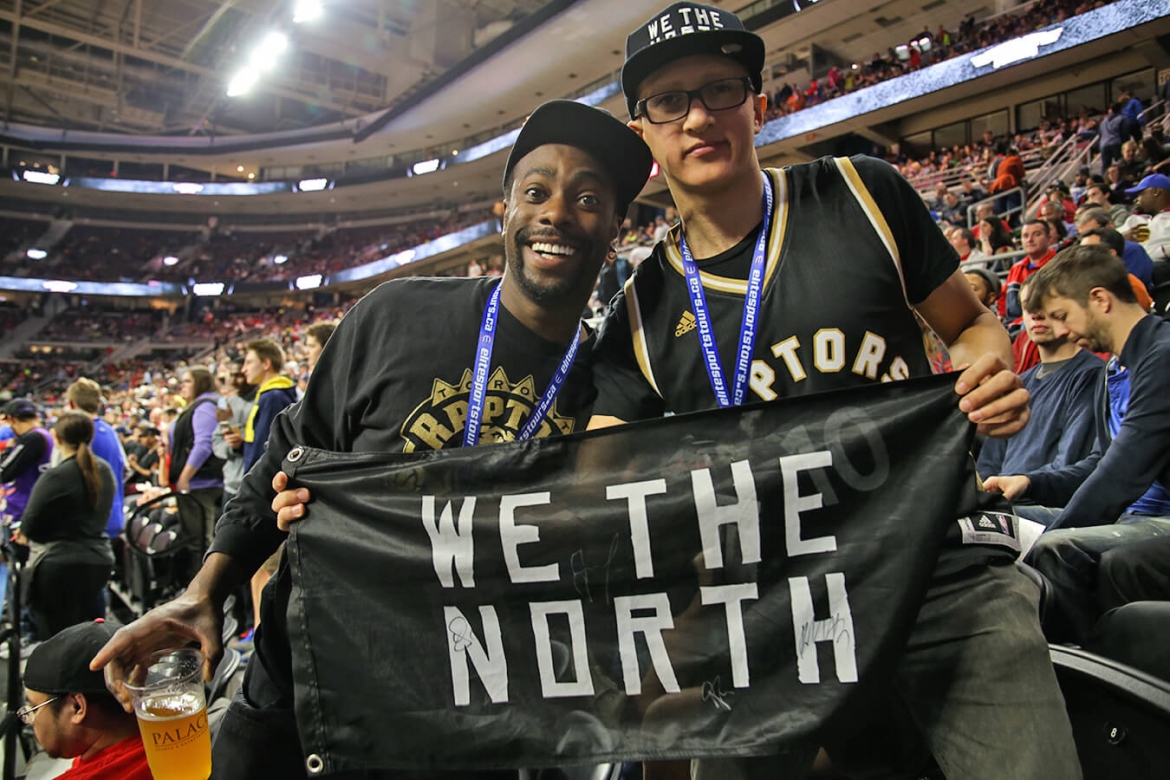 Elite Sports Tours was just in the Motor City at Little Caesars Arena a few weeks ago for a Toronto Maple Leafs at Detroit Red Wings Road Trip on February 1st and we could not be more excied to go back to see a basketball game in one the newest and nicest arena's in North American professional sports. One of the best parts of traveling with Elite Sports Tours on our Toronto Raptors Road Trips is meeting other fans like yourself and cheering on the squad. It becomes a lot more than a simple ticket and bus ride, it's an experience like none other. From the momment you wake up in the morning and throw on your favourite Toronto Raptors Jersey and head to the pick up location where you meet up with other Toronto Raptors fans to board the bus, Elite Sports Tours takes care of everything else. Once we head down the 401 and finish picking up other die hard Toronto Raptors fans along the way, we cross over into Michigan to grab some food and drinks before the game. After all we are going to need our energy, because we have 4 quarters of "Let's Go Raptors!" chants to belt out at the top of our lungs. Elite Sports Tours has setup a Pre-Party at Buffalo Wild Wings for all the Toronto Raptors fans to interact, mingle, play some games, win some prizes and of course enjoy some food and beverages before the game.

Some lucky Toronto Raptors fans will have the chance to be a part of the 'high five tunnel' before the game on March 3rd as the Toronto Raptors run onto the court. An Elite experience for our fans that goes beyond driving down yourself and buying a ticket. The opportunity to be a part of something bigger. Cheering on your favourite team with other fans, making new friends, traveling to new cities all for the same reason, to cheer the Toronto Raptors on. Elite Sports Tours makes it easy for you and your friends. Everyone who travels with Elite Sports Tours on the Toronto Raptors at Detroit Pistons Bus Trip will get the opportunity to take a 'free throw' on the court after the game at Little Caesars Arena. These two trips are sure to create some memories of a lifetime for Toronto Raptors fans and some new members of the Raptors Road Crew.

Packages include round trip bus ride with pick up locations in Whitby, Toronto, Burlington, Kitchener and London, 100 or 200 level game ticket and an pre-game party at Buffalo Wild Wing in Downtown Detroit. Basketball fans from across the country will have an opportunity to mingle and get ready for the big Toronto Raptors vs. Detroit Pistons game while enjoying some great food and old beverages.

Next week we will be announcing our winner of the Labbatt's Elite Experience for an upcoming Toronto Maple Leafs hockey game! This will include seats against the glass, access to the Labatt's box, which includes all you can eat and drink! Someone from our Toronto Maple Leafs vs. Detroit Red Wings and Toronto Maple Leafs at Montreal Canadiens road trips will be be selected as a winner in a draw for the Elite Experience. If you don't already, like us on Facebook and follow us on Twitter and Instagram to stay tuned for the big announcement !

If you want to join us in the future, sign up for the newsletter to be notified on the release of all our ultimate sports road trips!