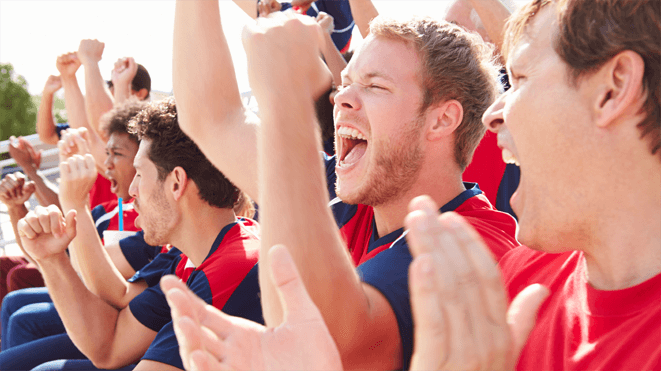 HAVE A QUESTION OR WANT TO BOOK?

Click the tabs below to expand the F.A.Q. for more information.

What are your office hours?

Why do people travel with Elite Sports Tours?

The reasons people travel with Elite Sports Tours go beyond our expertise and familiarity with the different teams, arenas and cities. Elite Sports Tours makes traveling to see your team convenient and easy. Working one on one with our travel experts to plan the perfect trip for your group, our representives provide exceptional customer service to ensure you have no hassle when planning your next sports trip. We make it easy to travel to see your team, while we strive to make our customer service the best in our industry.

How can I get updated information on your upcoming trips?

We are constantly adding new trips all the time. The best way to stay informed is to sign up for our newsletter at the bottom of this page. We send out emails to sports fans like your self to notify them when our trips are released so they never miss out!

What forms of payment do you accept?

Elite Sports Tours accepts Mastercard, Visa or Email Money Transfer on purchases. Payment is required before your package is secured.

Our packages do not include airfare, unless otherwise stated. However we do offer airfare for any of our packages through our online booking engine. You may search and book flights directly on our website. Our office does not book flights over the phone and are simply a booking engine. We are not responsible for the flights or any changes you require. You must deal with the airline directly and are subject to their terms and conditions on all flight purchases.

Do you sell tickets only?

Elite Sports Tours does not sell tickets only or break down our packages. As a Tour Operator we are unable to sell tickets only. We specifically focus on travel packages to premier sporting events.

Are kids allowed on your sports trips?

Children of all ages are welcome to travel on our family-themed tours; however children under two (2) years of age are not permitted on select tours. Babies and infants under 24 months travel free provided that they do not occupy a seat. If you want your baby to have a seat, you must purchase a ticket.

Parents are reminded that many of our tours -- unless specifically advertised as being for the whole family -- are intended for adults and may not be enjoyed by, or be suitable for, children.

This policy is subject to change at the discretion of management.

What if the weather is bad, does the tour still go?

All scheduled tours will proceed regardless of weather conditions. The drivers are experiences coach drivers and are looking out for the safety of each passenger at all times. Itineraries are subject to change and trips might depart early to ensure we arrive at the hotel or venue in time for the event.

I have a group, can I get a discount?

When is final payment due?

With Elite Sports Tours full payment is due at the time of booking on all day tours.

On overnight tours we offer a deposit due at time of booking, with full payment due 60 days prior to departure. All deposits are non-refundable and non-transferable. Some deposits may vary by tour, please contact our office to verify.

I have a group, can I get a discount?

Will we receive our package tickets in the mail or do we have to pick them up?

To avoid lost or damaged tickets Elite Sports Tours hands out all tickets on the day of departure, unless otherwise specified or arranged with our staff prior.

Can we purchase insurance from Elite Sports Tours?

What does Single, Double, Triple and Quad mean?

Elite Sports Tours rates are based on the number of clients that would be in each room. For instance, if you were traveling by yourself you would pay the Single rate. If there were two of you sharing one room you would each pay the double rate and so on. Most tours only accommodate 4 per room however exceptions have been made for families where there are two adults and 3 children.

Occupancy refers to the number of guests sharing each room. Our packages have the option of 1 bed or two beds in each room.

How much luggage am I allowed?

How much spending money should I take with me?

This is a common question for travellers, and is very difficult to answer. The amount of money you may spend varies for each individual, and there are many issues to consider. Make sure that you have read your itinerary completely are aware of what is and isn't included. Budget for all meals that are not included and money for shopping and souvenirs.

What can I bring back duty free from the US?

After a stay of 24 hours or more (but less than 48 hours) in the United States, a Canadian citizen or resident may return to Canada with:

After a stay of over 48 hours or more (but less than 7 days) in the United States, a Canadian citizen or resident may return to Canada with:

After a stay of over 7 days or more in the United States, a Canadian citizen or resident may return to Canada with:

Click here for a complete list of what you can bring back to Canada?
What identification should I take with me?

Effective June 1, 2009 Canadian citizens are required to present one of the following valid WHTI-compliant documents when entering the United States by land or water:

Note: Canadian citizens entering the United States by land but exiting by air must present a valid passport or a NEXUS card in compliance with U.S. air exit requirements.

The United States has indicated that it will take a common sense approach to implementing the WHTI at its land and water ports of entry, which includes a period of flexibility after June 1, 2009. The Government of Canada cautions travelers that the length and extent of this flexibility is entirely at the discretion of U.S. officials.

Where do the tours depart from?

Depending on the Elite Sports Tours trip, we have different departure locations within the GTA (Toronto, Whitby, Burlington). Please make sure to verify on your receipt and itinerary where your departure location is.

For more information on departure locations please contact our office and speak to a representative.

Do the Coach Buses have washrooms?

All of the busses we use are 56 Passenger Deluxe Motor Coaches are equipped with a washroom at the back of the coach. The coaches used for Elite Sports Tours trips include overhead storage for small bags and carry-on luggage, washrooms, TV'S and heat/air conditioning.

I have a medical condition that requires me to have the front seat. Can you reserve that for me?

Due to the large volume of requests for the front seat Elite Sports Tours policy is that all seats are on a first come first serve basis. If you are looking to get a seat closer to the front of the coach we do advise arriving early. We can not guarantee seat reservations on the bus or at the game. If you require special seating you will need to contact the teams directly or staff upon arrival and ask for handicap accessible seating. Each venue and team has different policies and do their best to accomodate requests.

Why do I have to sign a Liability Release Form?

All forms must be signed and handed into the tour reps prior to departure. Due to the nature of our excursions we require that all passengers are aware of everyone's responsibility and the conduct we adhere to during our trips. If for any reason a passenger is not willing to co-operate within our guidelines we reserve the right to refuse them from continuing on the tour.

Tours are arranged within partnership with several acting parties (bus, hotel, restaurants) and are not responsible for loss of items including baggage (onboard and in the storage compartment), money, personal items, time, weather or any other circumstances resulting from a change in tour arrangements or change in itinerary.

How come I can't get a price over the phone?

Pricing isn't available over the phone as pricing is based on a variety of things including availability of tickets and hotel. In order to get you the best possible price we require all of your trip details such as what city you want to visit, hotel dates, room occupancy, what games you want to see, what seat location you prefer, etc. Pricing for hotels and tickets vary depending on a variety of factors and we want to make sure we get the most accurate pricing to ensure we can deliver on the packages we quote you. If you fill out a request form, a representative will get back to you with a free price quote asap.

I have a quote and want to change some things, can I do this?

Absolutely! Our Elite Sports Tours agents are here to help you plan the perfect trip. If you decide you want better seats or extra nights stay then let us know and we can easily modify the quote to tailor to your needs.

I have a quote and want to book?