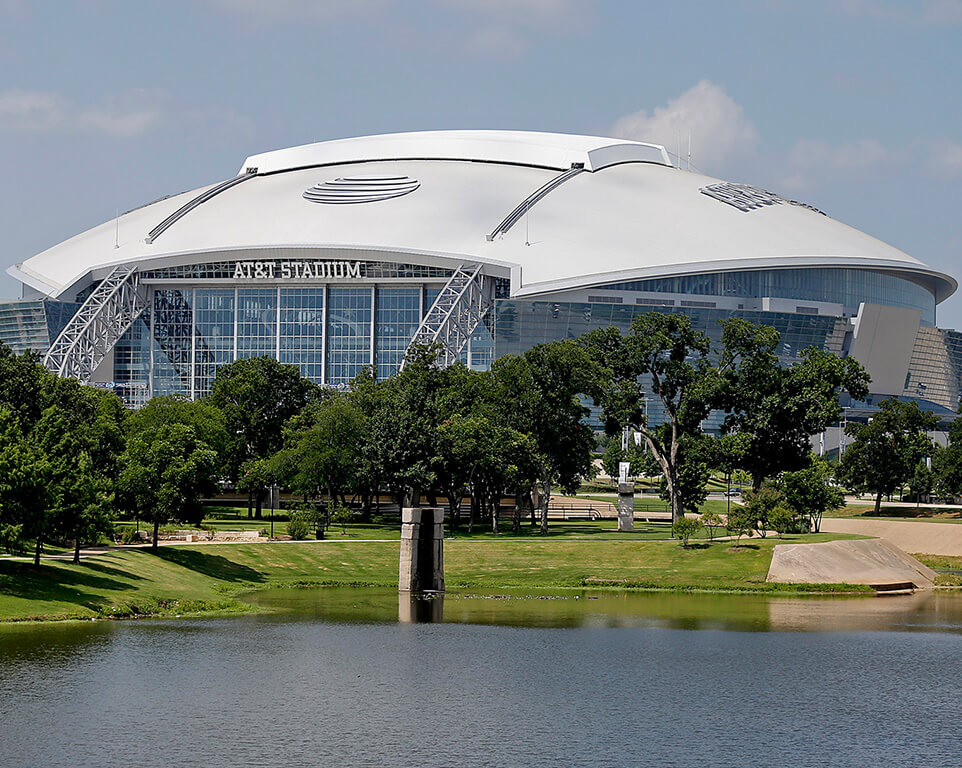 Where do the Dallas Cowboys play football?AT&T Stadium

AT&T Stadium, formerly known as Cowboy Stadium, is a retractable roof stadium in Arlington, Texas, just 20 miles west of downtown Dallas and is the home of the Dallas Cowboys of the National Football League (NFL). Originally estimated at $650 million, the stadium's actual construction cost rose to $1.15 billion, making it one of the most expensive sports venues ever built. AT&T Stadium is also referred to as "Jerry's World", after Cowboys owner Jerry Jones who originally envisioned it as a large sports and entertainment mecca. The is the fourth largest stadium in the NFL by seating capacity at 80,00. The maximum capacity of the stadium with standing room is just over 105,000. The record attendance for a NFL game was set in 2009 with a crowd of 105,121. The stadium also has the 29th largest high definition video screen in the world, which hangs from 20-yard line to 20-yard line. "Jerry's World" also hosts a variety of other events such as concerts, basketball games, college and high school football games, motocross and Spartan races. It also is the host of the Cotton Bowl and the Big 12 Football Championship Game annually.