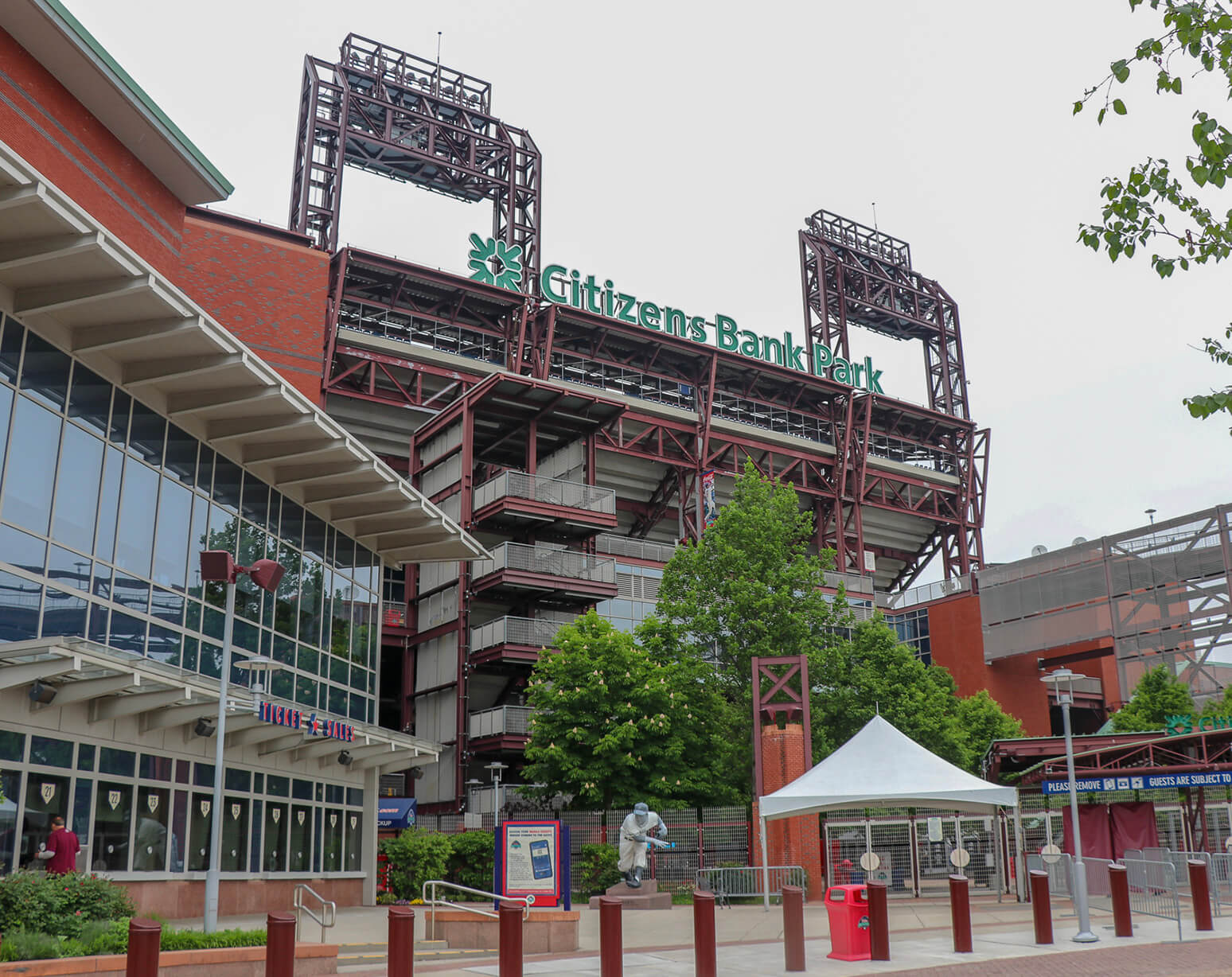 Where do the Philadelphia Phillies play baseball?Citizen Bank Park

Citizens Bank Park is a ballpark located in the South Philadelphia Sports Complex, in Philadelphia, Pennsylvania and is the home of the Philadelphia Phillies of Major League Baseball(MLB). The ballpark opened in 2004, replacing the 33-year-old multipurpose sports facility Veterans Stadium. The stadium seats 43,792. Citizens Bank Park is known for it's outstanding food, which features a number of Philadelphia-style food stands that serve cheesesteak sandwiches, hoagies, Tastykakes, soft pretzels, Schmidt, Yuengling beer, and many other regional specialties. CBP was awarded the Best Ballpark Food during the Food Network Awards in 2007. The stadium seats 42,792 but has the capacity for more for special events. Some of those events include the 2012 NHL Winter Classic and many high profile concerts. Behind center field is Ashburn Alley, named after Phillies Hall of Fame center fielder Richie Ashburn, who played for the team from 1948 to 1959 and was a Phillies broadcaster from 1963 until his death in 1997. It is seen by Phillies fans as a compromise between the Phillies and their fans, many of whom wanted Citizens Bank Park named in honor of Ashburn. Ashburn Alley is a walkway featuring restaurants, games and memorabilia from Phillies history.