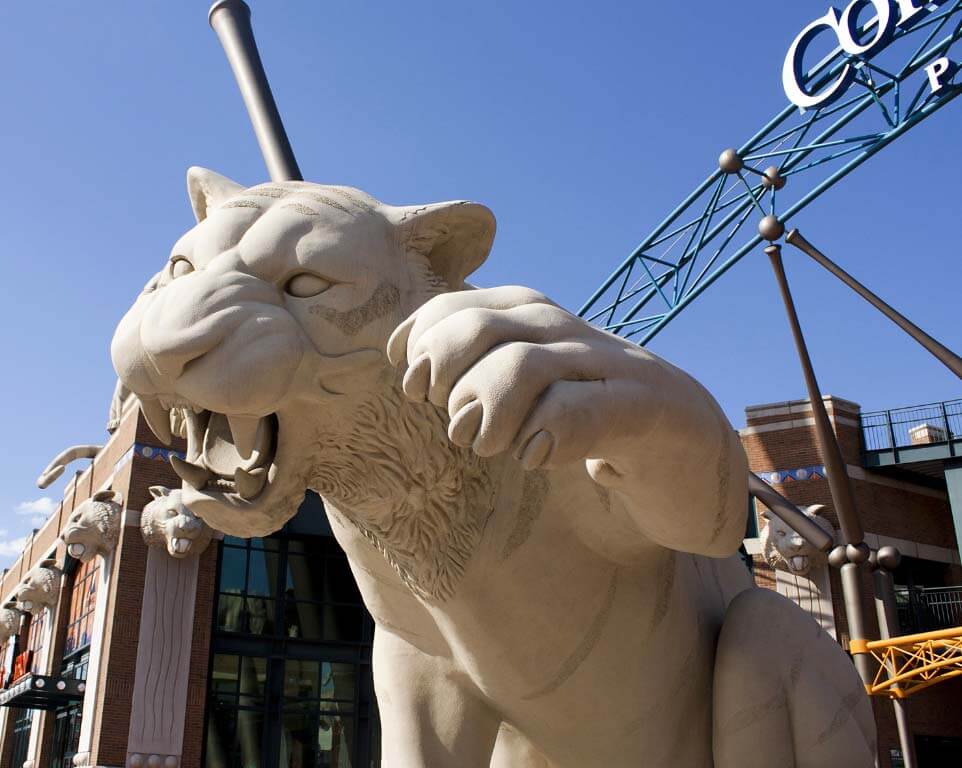 Where do the Detroit Tigers play baseball?Comerica Park

Comerica Park is a ballpark located in downtown Detroit, MI and is the home of the Detroit Tigers of Major League Baseball. The stadium opened in 2000, replacing Tiger Stadium, the team's old ball park. The main entrance to the ballpark is located across the street from the iconic Fox Theatre and between two historic downtown churches, St. John Episcopal Church and Central United Methodist Church. Outside of the main entrance is a tiger statue that's 15 feet in height. There are 8 other heroic-sized tiger statues throughout the park, including two prowling on top of the scoreboard in left field. These tigers' eyes light up after a Tigers home run or a victory and the sound of a growling tiger plays as well. Along the brick walls outside of the park are 33 tiger heads with lighted baseballs in their mouths. The stadium's seating capacity is 41,083. The first game at Comerica Park was held on Tuesday, April 11, 2000 with 39,168 spectators attending, on a cold snowy afternoon. The temperature that afternoon was 36 °F.