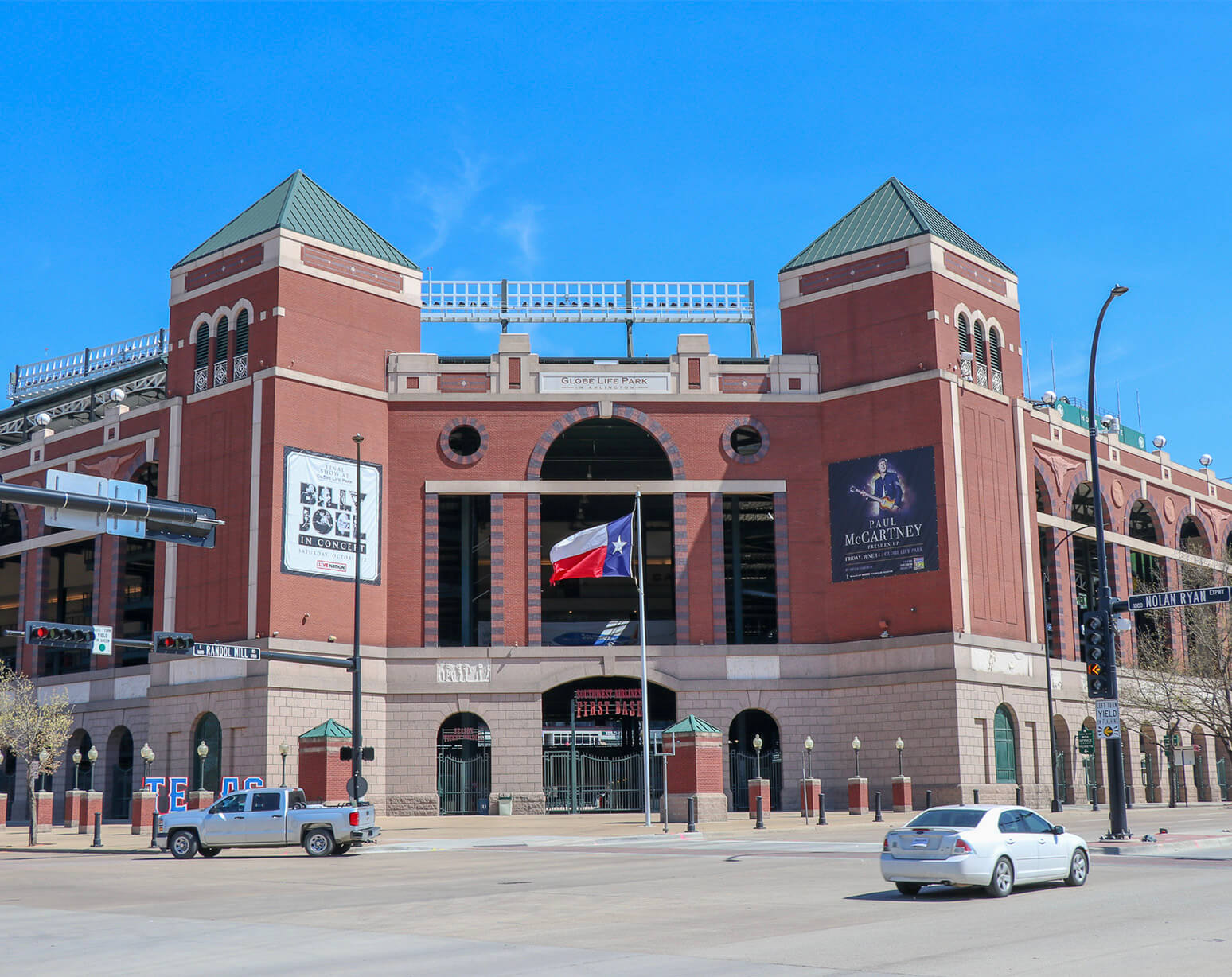 Where do the Texas Rangers play baseball?Globe Life Park in Arlington

Globe Life Park in Arlington is a ballpark in Arlington, Texas, located between Dallas and Fort Worth, and is the home of the Texas Rangers of Major League Baseball(MLB). It was constructed as a replacement for nearby Arlington Stadium and opened in April 1994 as The Ballpark in Arlington. Voters in Arlington approved extending the sales and hotel taxes in November 2016 to fund Globe Life Field, a new ballpark set to be built in the area adjacent to the current ballpark and will open in 2020. The current Globe Life Park will be re-optimized for football to accommodate the Dallas XFL team after the Rangers' departure. The field is one of the most notoriously hitter-friendly parks in baseball, due to the high temperatures, relatively short fences, and the design of the stadium which has allowed the area's high winds to swirl and lift balls that wouldn't normally make it out. The Rangers chose to build a retro-style ballpark), incorporating many features of baseball's "Jewel Box" parks. A roofed home run porch in right field is reminiscent of Tiger Stadium in Detroit, while the white steel frieze that surrounds the upper deck was copied from old Yankee Stadium, in New York. The out-of-town scoreboard, which was removed in 2009 and replaced with a state-of-the-art video board, was built into the left-field wall as a nod to Fenway Park in Boston. The numerous nooks and crannies in the outfield fence are a reminder of Ebbets Field in Brooklyn, while the arched windows are a reminder of Comiskey Park in Chicago.